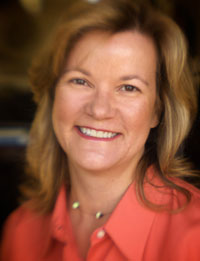 Lara Edge has more than 20 years experience of making content work for business needs. As Vice President for digital editorial at Scripps Networks, she ran the editorial division for HTVG.com, FoodNetwork.com, DIYNetwork.com, FineLiving.Com, GACTV.com and HGTVPro.com.   While leading a team of editors who managed a network of freelancers across the nation, she also worked with technical and advertising teams to enhance and create new content management systems to maximize website traffic and revenue potential. During her tenure she ramped up the creation of original content to meet advertising and SEO needs and developed expertise in the creation of taxonomies and controlled vocabularies, which are the backbone of making content findable and accessible on the web.

As the founder of LedgeSolutions, Edge brings 20 years of content development and management experience to the table.

Before her tenure at Scripps Networks, she was Managing Editor of the Knoxville News Sentinelwhere she championed digital initiatives in the newsroom to help make the News Sentinel the top website for Scripps newspapers. During her 7-year stint as the managing editor, she oversaw redesigns, CMS implementations, the move to a new building and a new press, represented management in union negotiations and led newsroom coverage of 9-11.

She has worked as a news editor, page designer, copy editor and reporter. The highlight of her print career was designing a Pulitzer Prize winning report, The Plutonium Experiment, while at The Albuquerque Tribune in 1994. She has won numerous awards from the Society of Newspaper Design and has served as  judge in the international competition.

Her first foray into the digital world was in 1996, where she helped build GoWest.com as part of a joint venture between Scripps and Cox Communications. The site was later sold to a cable channel, but the experience gave Edge the foundation for understanding how web content and print content are not necessarily synonymous. After GoWest, Edge moved into a corporate role, helping Scripps newspapers and television stations develop strategies for their websites.

In recent years she’s become an expert in content strategy: how to structure, write and organize content to engage the user, to meet various business needs and make the most of the platform. She tweets, friends and plays foursquare on her iPad.