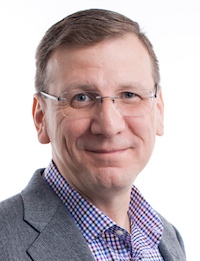 Bob Benz is a partner at LedgeSolutions, a digital consultancy that helps media companies with interactive strategies. Before that, he was president of content at Hanley Wood, a B2B media company focusing on the residential and commercial construction and design industries. While at Hanley Wood, Benz led a digital-first initiative within the company’s Business Media division.

Benz’s experience ranges from traditional media roles such as VP/interactive for the E.W. Scripps Co.’s newspapers, to working with and for startups. He has been a partner in Maroon Ventures, served as chief digital officer at Clarity Media Group and was the COO/co-founder of Radiant Markets.

As vice president of interactive media for Scripps, Benz oversaw strategic, financial and operational activities. He was one of several newspaper industry executives who negotiated an extensive partnership with Yahoo! that led to a consortium of 30 newspaper companies representing about 800 news websites.

Benz began his career as a journalist, spending 10 years in newsrooms. The highlight of his journalism career came in 1994, when he was an editor on “The Plutonium Experiment,” which earned a Pulitzer Prize for reporter Eileen Welsome and The Albuquerque Tribune.

Benz earned a BA in journalism/English from Edinboro University of Pennsylvania and holds a master’s in English literature from the University of Alabama at Birmingham. He has taught college-level courses at numerous universities and has held board seats with the Newspaper Association of America’s New Media Federation, Ohio University Scripps School of Journalism Advisory Board, the Scripps Howard Foundation and PowerOne Media.